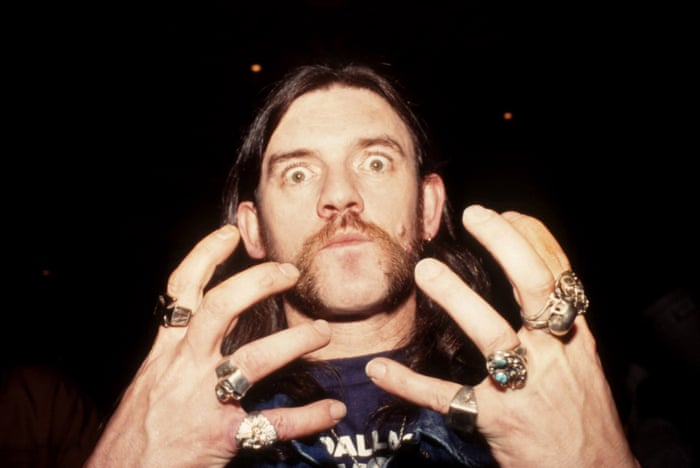 “I can’t say I was really that surprised when the doctor told me I needed a defibrillator inserted in my chest,” Lemmy Kilmister told Revolver in 2013. “When you’ve lived the life that I have, you should always expect something like that to crop up. I was not a good boy. I’ve had too much fun.”

Gambling is for fools, but that’s the way he liked it: The late Motörhead frontman was always willing to deal with the effects of an extreme lifestyle if it meant living his way. He did just that until he became too ill to party like a rock star, and even then continued making music and playing shows nearly right up until the end. Here are 15 of Lemmy’s wildest, strangest and most fascinating experiences, most of which he experienced between the Sixties and Nineties — the time when the Motörhead frontman seemed unstoppable and invincible.

Lemmy and a friend were in a car splitting up 100 blue pills – a mixture of speed and downers – when a police cruiser pulled up to them. The tweakers stuffed the pills into their mouths to get rid of the evidence, and the cops were unable to find any contraband. That night, when Lemmy fell asleep, his heart rate and breathing slowed precipitously. "It looked like I had stopped breathing although I hadn't," he said in White Line Fever. "I was lying there with both eyes open [and] having kind of a hard time speaking." At least two people with him thought had died until they figured out he was still breathing. 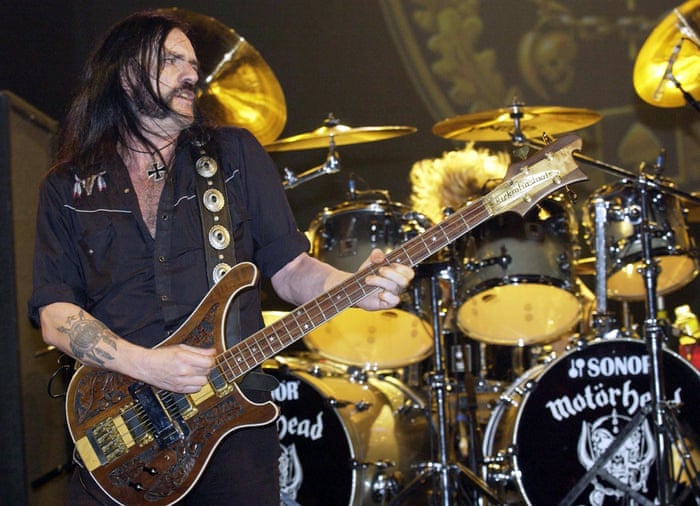 Performing with Motörhead in 2003.

Booted From “the Most Cosmic Band in the World”

In May 1975, Lemmy was busted at the Toronto border with a gram of amphetamine sulfate down his pants. He spent a night in jail and then received a combination of good and bad news. "The police charged me for cocaine and I really had amphetamines," said Lemmy. "It was a wrongful charge so they had to let me go." However, even though he returned to Hawkwind the next day, the band kicked him out after their next show. "If I was busted for acid, everything would have been fine," he said. "But they were all about the psychedelic experience. The most cosmic band in the world fired me for getting busted with the wrong kinds of drugs!" 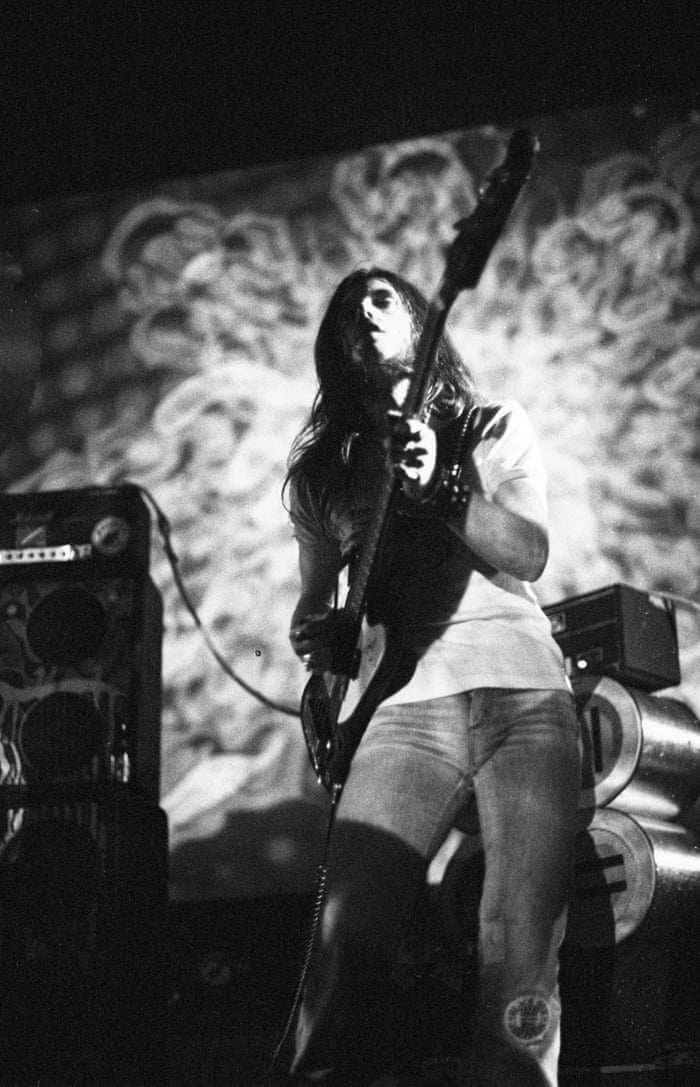 Lemmy performing as bassist and vocalist of the rock band Hawkwind in Paradiso, Amsterdam, in 1972. He played in several rock bands, including the Rockin’ Vickers and Sam Gopal.

When Lemmy first met Phil "Philthy Animal" Taylor in the summer of 1975, he never imagined the stoner would wind up in his new band, Motörhead. "I was with the Hell's Angels at the time, and he used to come and score dope at our house," Lemmy told Revolver. "Then he'd light up and pass out and we'd wake him up in the morning and send him home. He was always telling us he was a drummer, but we never took him seriously." When the drummer Lemmy originally hired didn't vibe with the band in the studio, Lemmy reached out to Taylor. "Phil said, 'Sure, I'll fuckin' come down and do it for you.' We overdubbed him on our first album except one track. He proved to be the maniac we needed." 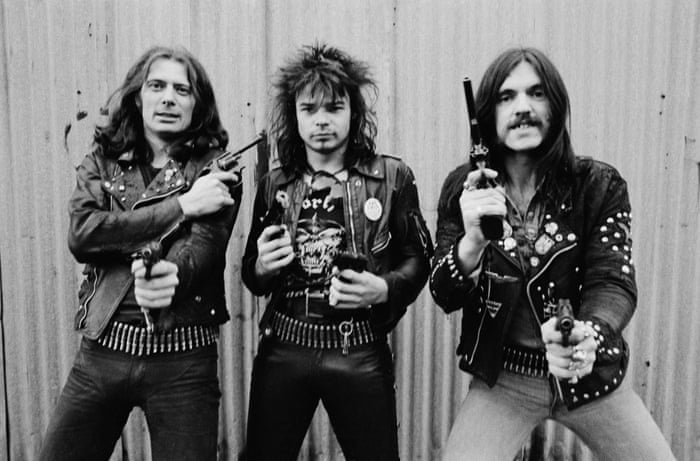 Motörhead pose with pistols, in 1978. There was a period in the late Seventies when audiences at punk rock shows in England showed their appreciation by spitting at the bands onstage, or "gobbing." Motörhead, a favorite band of the punkers, were sometimes on the receiving end of phlegm showers. "I never liked it, but we accepted we couldn't stop it," Lemmy told Inked. "One time I saw a guy spit a big green thing on my arm and I borrowed a line from Winston Churchill. I pulled it off my arm and rubbed it in my hair and said, 'See that? Tonight I'll have a shower and I'll be clean, but tomorrow you'll still be a stinking asshole.'" 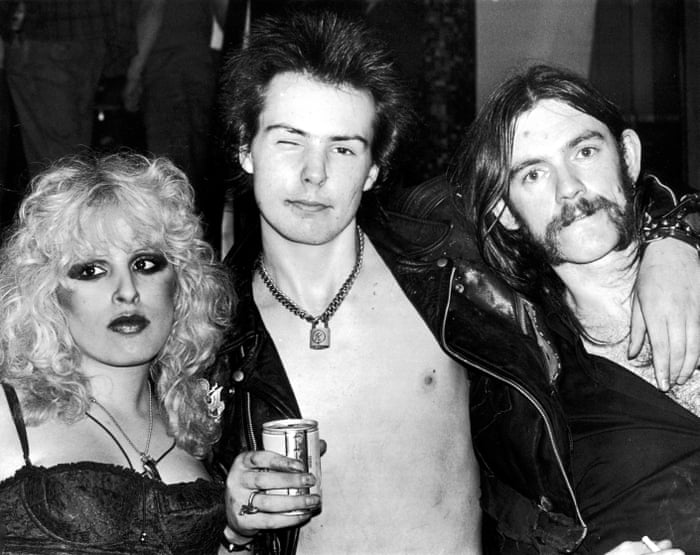 "One cool thing happened in the Seventies when a chick just climbed up [onstage] and blew me," Lemmy told Inked. "I was singing — well, I couldn't stop, could I?" 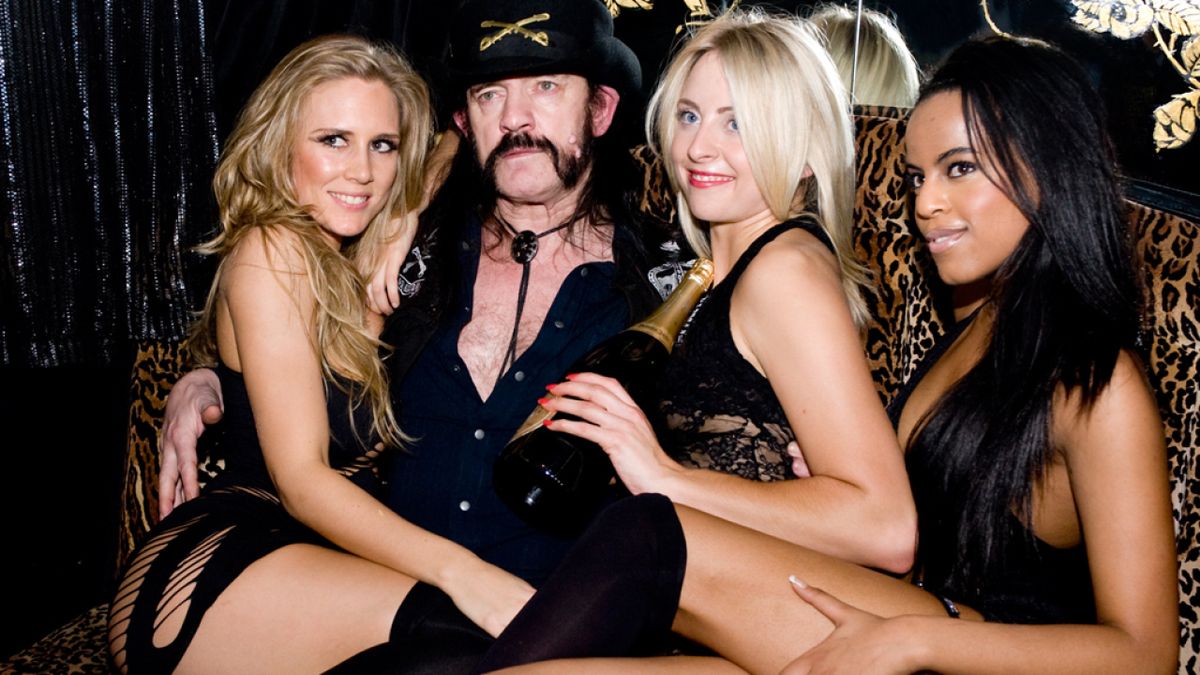 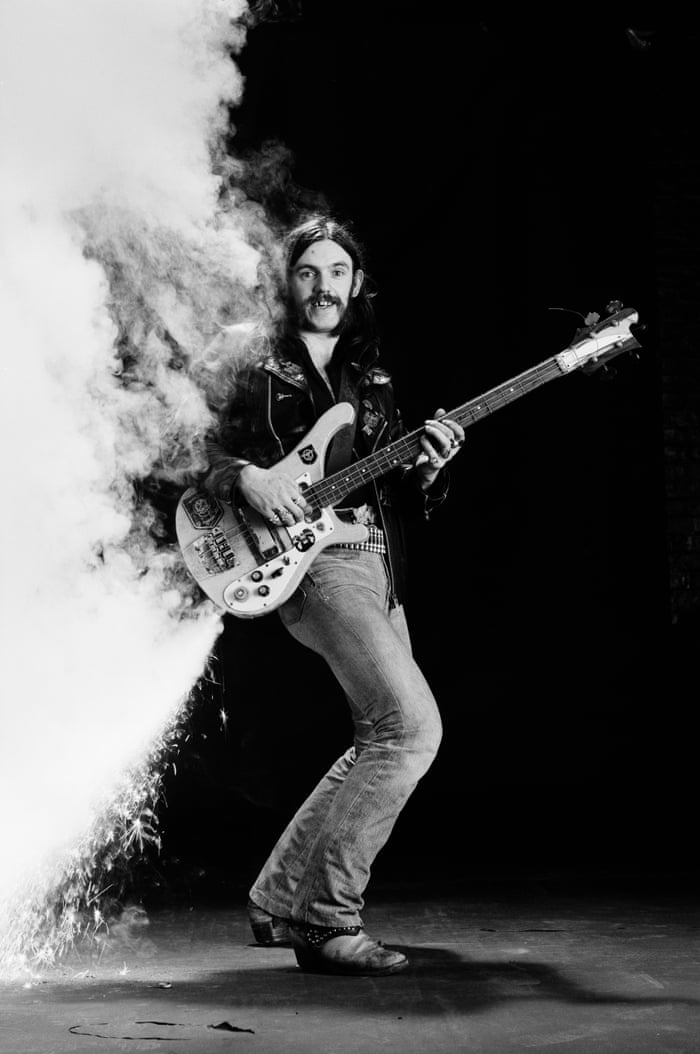 Figuring that 15 years of regular drinking and drugging had taken a toll on his system, Lemmy decided to have a complete blood transfusion in 1980. He figured it would be like an oil change — out with the old, in with the new. But Lemmy held off after his doctor ran some tests and determined he would react badly to healthy blood. "He told me I didn't have human blood in my system anymore," he told Inked. "Apparently, I had become so toxic, mostly from all the speed and alcohol, that fresh blood would have killed me." 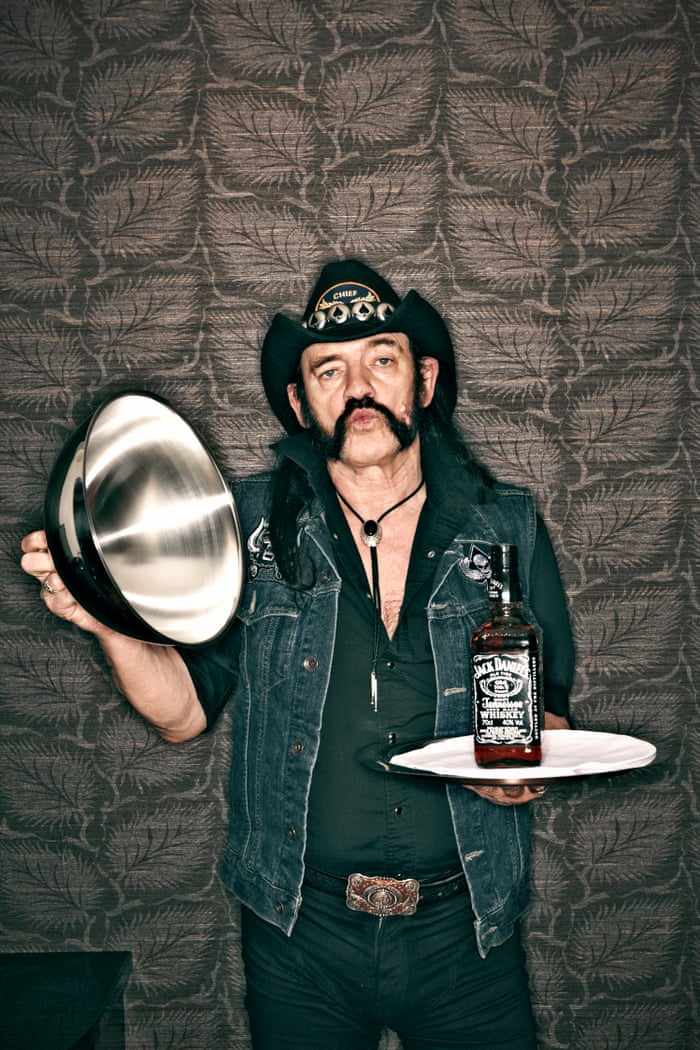 This is Spinal Tap

For Motörhead's Iron Fist tour in 1982, a team constructed a stage prop of a giant fist with spotlights at the tips of its fingers. The band began the show by descending from the ceiling and by the time they got to the bottom, the fist would be open and they would be performing. "Naturally enough, it didn't work right the first night," Lemmy wrote in White Line Fever. "We got stuck going back up as well. The stage rose about halfway and stopped moving and curtains caught on the stage. Philthy nearly stepped from his kit into oblivion." 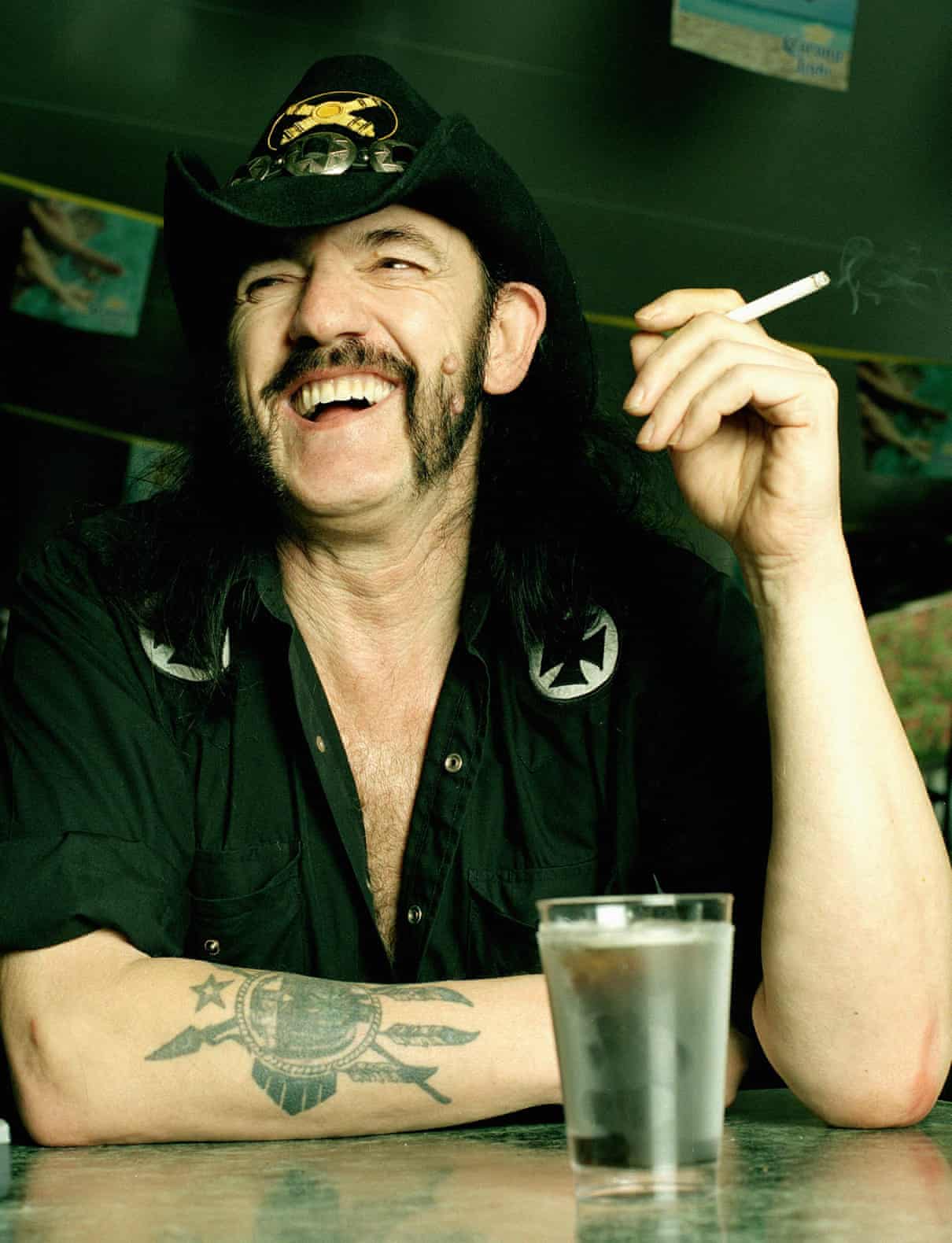 Much has been written about Lemmy's fascination with Nazi Germany and his collection of German war memorabilia. "The Germans had the best uniforms," he said. "The bad guys always have the best stuff — the Confederates, Napoleon." In interviews for Al Jourgensen's biography, the Ministry frontman talked about catching Lemmy in a particularly compromising position after a show in Austin in 1995. "I knocked [on Motörhead's] bus. No answer. So I open the fuckin' door and there's Lemmy in a complete full-in Gestapo uniform spanking a naked chick with a riding crop. She was loving it. So was he. I apologized and closed the door." 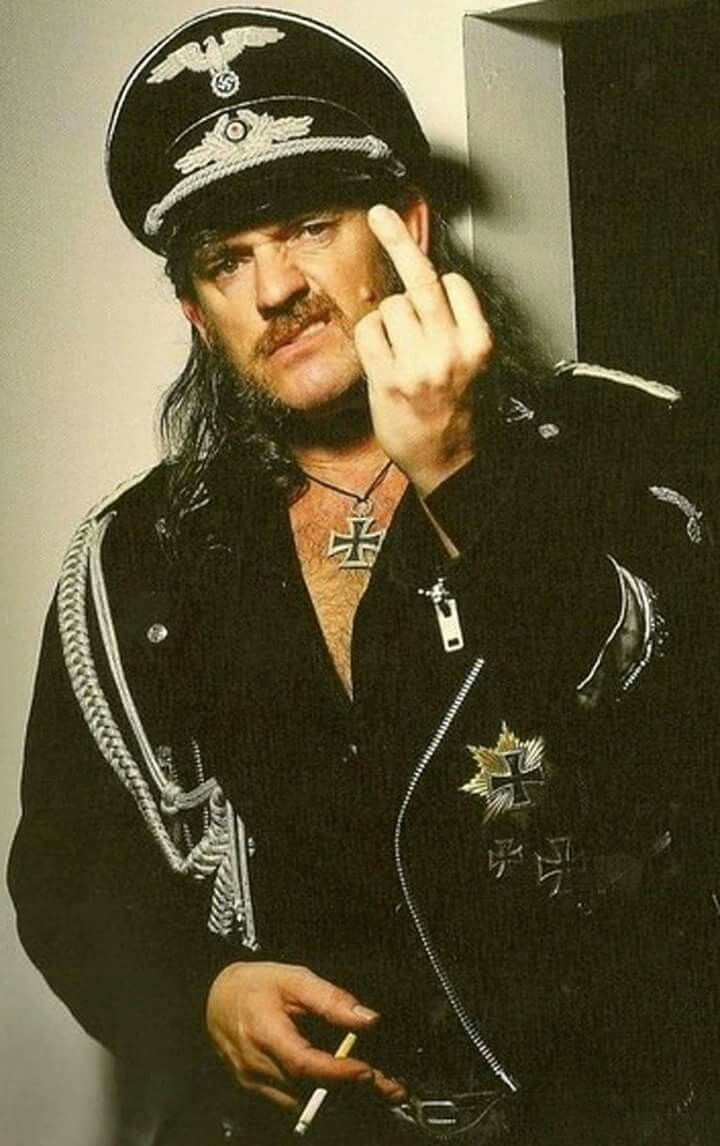 When Lemmy was diagnosed with a dangerous arrhythmia in 2011, he underwent surgery to have a miniature cardioverter-defibrillator implanted in his chest, which delivered a jolt of electricity when it detected an irregular heartbeat. After the operation, Lemmy gave up smoking and cut back to one alcoholic drink a day. But there were complications during his recovery. He started retaining fluids and was bedridden for two weeks. Doctors couldn't figure out why he was gaining so much weight until they examined his diet and found that he was binging on blueberries as a substitute for drinking. "I guess anything in excess is no good for you, even things that are supposed to be healthy," he told Revolver. 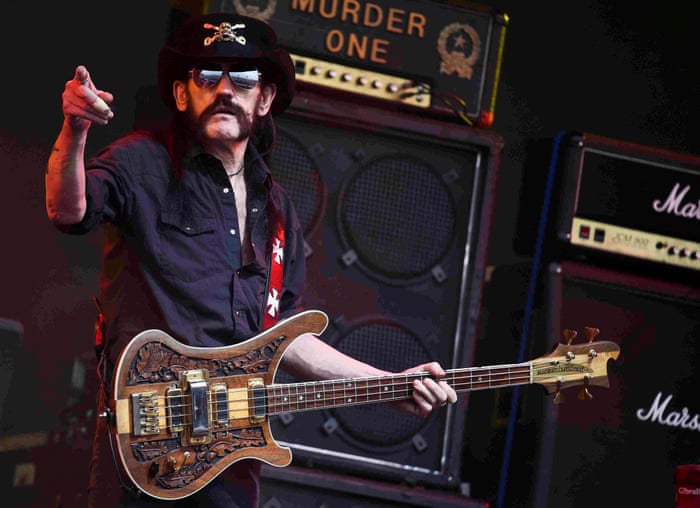 The band’s Glastonbury performance was to be one of the last before Lemmy died of cancer on 28 December 2015 in Los Angeles. He was aged 70.